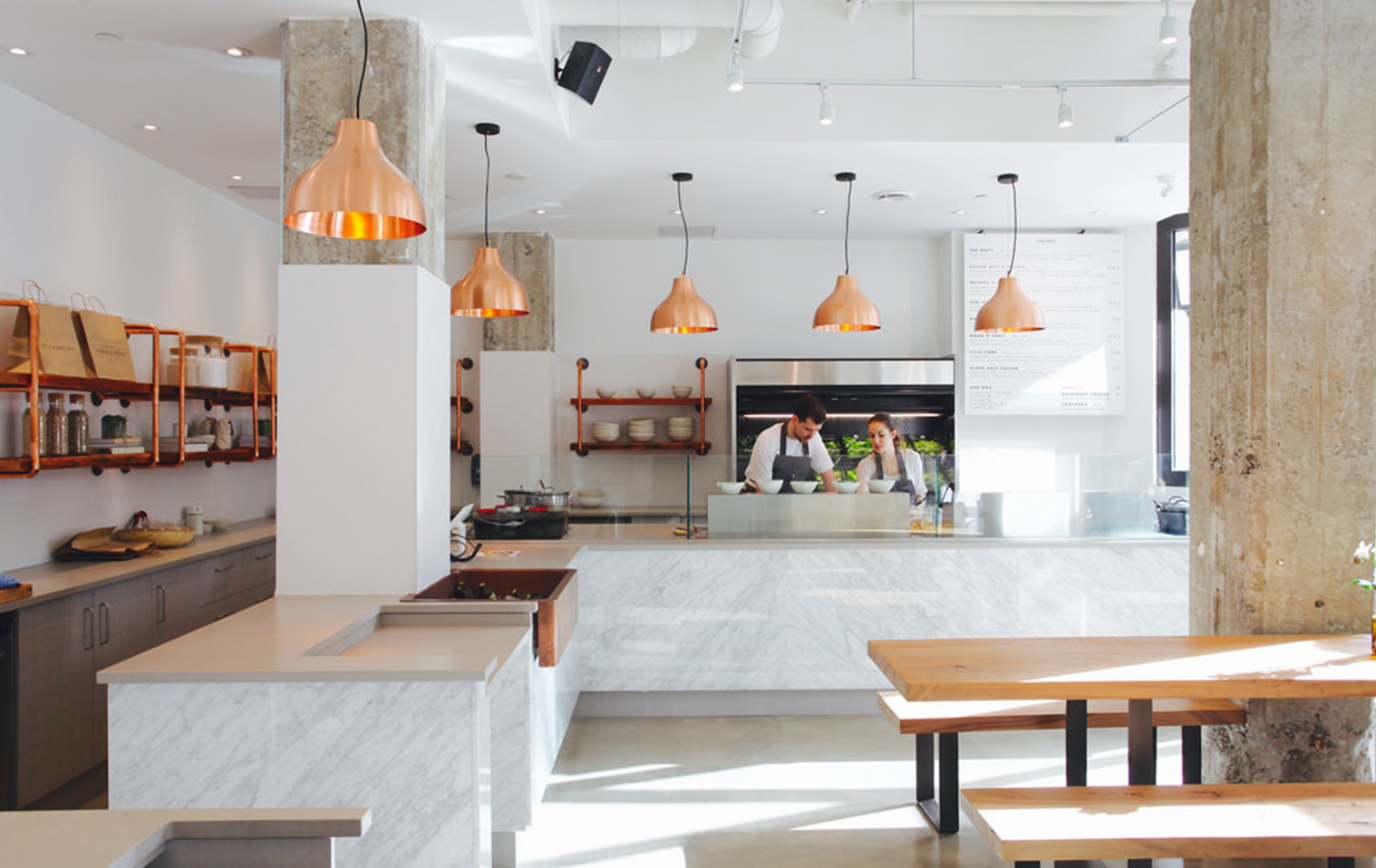 The concept sounds like a winner, sort of like a breadless Meat & Bread. To wit, instead of a limited menu of consistently executed sandwiches, Field & Social will deal in carefully considered salads. While that’s nothing new, the aesthetic element should prove alluring. Stephen agrees. “Why does salad restaurants always have to be tacky? Why can’t it have style?” To that end, they’ve hired Ruth Jankelowitz of Janks Design Group (see also Earnest Ice Cream) to execute the look with tight branding by Lucy & Guy Browning of Workhouse Collective. Come opening day in early 2016, the interior will see a white marble counter, plenty of copper sinks and pendant lights, and plenty of long communal tables. The exposed concrete pillars and floors will stay unclad. To give you an idea, take a look at the mood board…