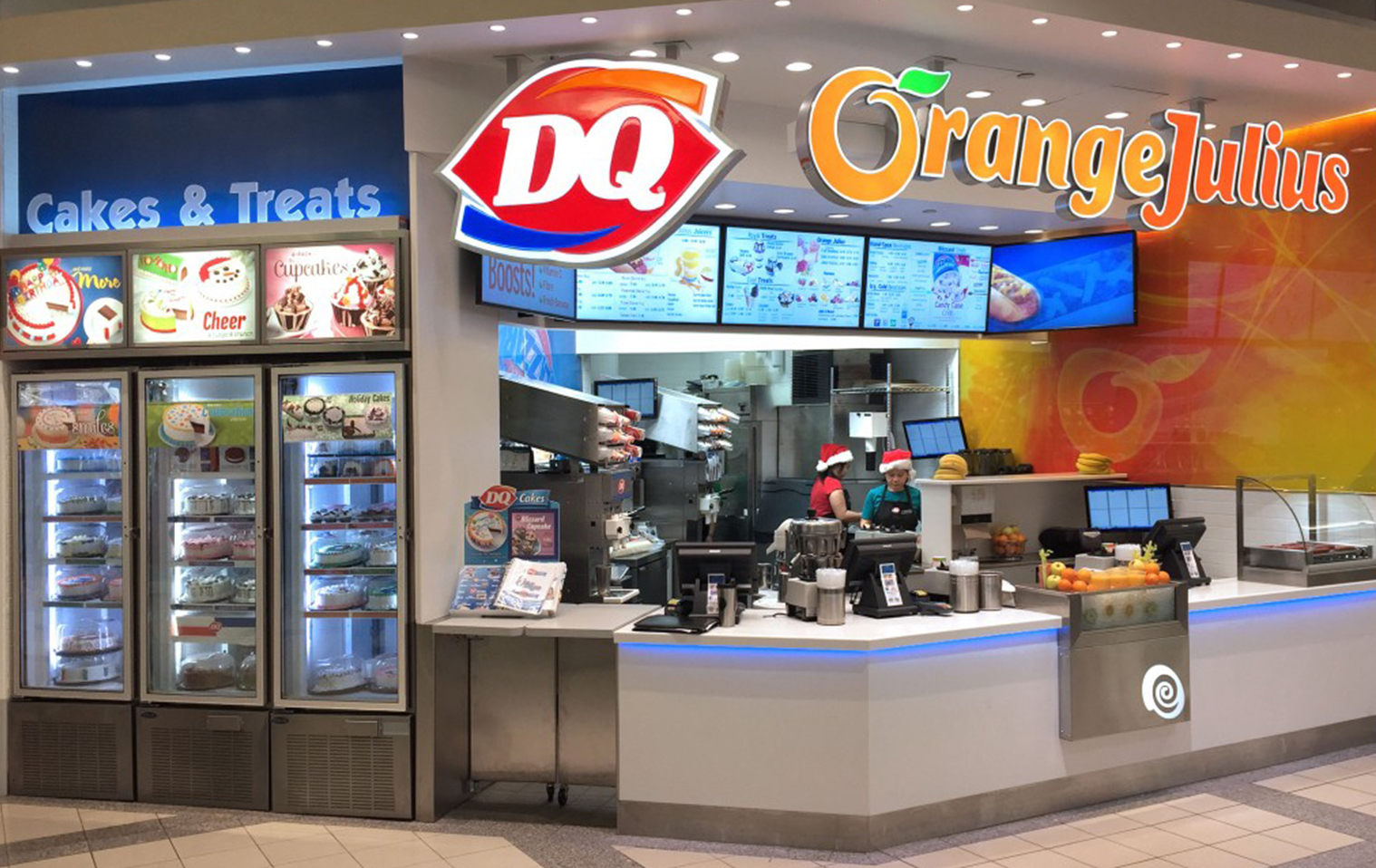 Dairy Queen has been serving up frozen treats, flame-grilled hamburgers and french fries for more than 70 years. The founders developed the foundation of the franchising industry which expanded their stores exponentially. From 1947 to 1955 they grew from 100 to 2,600 with the first Canadian location opening in 1953. In the late 80’s International Dairy Queen obtained the Orange Julius company that makes delicious fruit juices and smoothies. The mix of undeniable products and smart business model was a recipe for success!

Dave Vaillancourt of Speedi Gourmet Ltd. owns and manages multiple Orange Julius – Dairy Queen stores, the majority of which located in shopping malls here in BC. Janks Design Group has been working with him to create a revived fresh look. New materials, creative LED lighting and an achromatic colour base were introduced to brighten and deliver a clean look and feel. The addition of colour in graphic designed glass, new digital menu boards and fresh fruit displays brings the products to the forefront which aids in the promotion of sales. Other OJ – DQ franchisees are now looking to inject the new design concept into other Canadian locations.

Oakridge Mall – Before & After

Team has been collaborating with Ruth and the Janks Design Team for the last 3 years on our Orange Julius – Dairy Queen projects here in the Vancouver Shopping Malls such as Metropolis, Oakridge, Park Royal South, Lougheed Town Centre with upcoming projects at Coquitlam Town Centre and Pacific Centre. Janks team also took on a project to work on a “parklet” for one of our stores that is still in process but is being received well by the City of Vancouver and the Community of Kerrisdale.

The team at Janks has been very easy to work with and seems quite comfortable with any design task assigned.

We feel that our stores have been elevated in their overall image attaining the goals of bright, clean, modernized and colourful.

Metropolis at Metrotown – Before & After